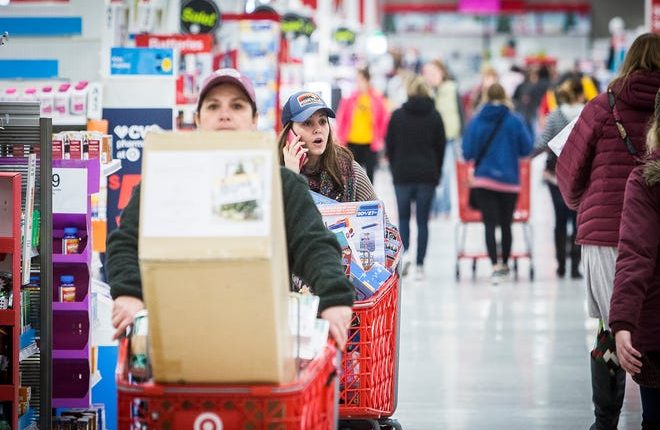 UsatodayBullseye! One of the most anticipated Black Friday ads of the season has arrived.

Target released its massive holiday ad Wednesday with deals on toys, electronics, gift cards and more at Target.com/BlackFriday. The Minneapolis-based retailer also introduced “HoliDeals” – savings on thousands of items throughout the season – kicks off Friday, Nov. 8 with a two-day Black Friday preview sale.

“This is the busiest time of year for our guests, and with the shortened season, we want to make it as easy as possible for them to cross everything off their holiday list at Target,” Rick Gomez, the company’s executive vice president, chief marketing and digital officer, said in a statement. “Our expanded Black Friday Preview Sale is just the beginning of a season full of savings.”

According to a news release, the preview sale held Friday and Saturday has four times the number of early deals compared to last year including 5% off Target digital gift cards.