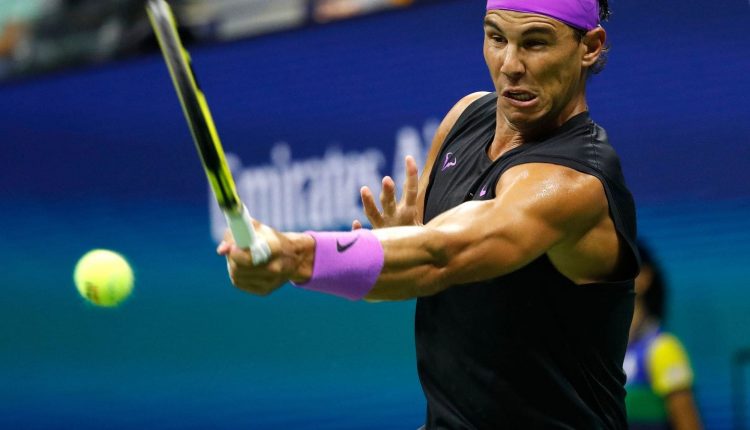 Rafael Nadal perspired so much during his quarterfinal match with Diego Schwartzman, that it looked like he had jumped into a swimming pool with his tennis kit on.

On a hot and humid night in New York City, Nadal eventually wore Schwartzman down and prevailed, 6-4, 7-5, 6-2, to advance to the semifinals of the U.S. Open. Nadal now stands two wins from his 19th career Grand Slam title, which would place him one shy of Roger Federer’s all-time mark of 20.

“Today was a very heavy day, big humiidity out here and I am this kind of player that I sweat a little bit,” Nadal said on court. “So sometimes under these conditions, is tough.”

The betting favorite to win the title, Nadal will next meet 23-year-old Italian sensation Matteo Berrettini in Friday’s semifinals. In a match that lasted nearly four hours, Berrettini prevailed in an epic five-setter over Frenchman Gael Monfils earlier Wednesday.

No. 5 Daniil Medvedev will face Grigor Dimitrov in the other semifinal on Friday. The championship is Sunday and the winner will take home $3.85 million.

While Nadal has 18 Grand Slam titles, the other three remaining semifinalists have a combined zero.

The Cage Dive: Ole Miss can’t get out of its own way

‘The Irishman’ official trailer is mobbed up…