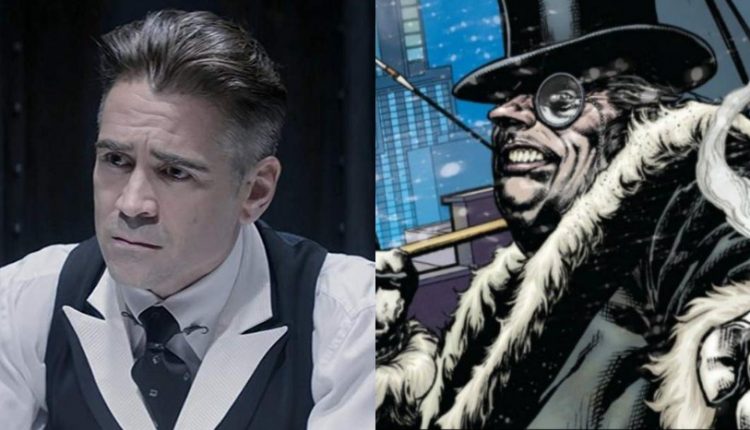 HeroichollywoodFantastic Beasts star Colin Farrell transforms into The Penguin for Robert Pattinson’s The Batman in an impressive new concept design.

Colin Farrell’s road to The Penguin was something of a long one. Originally, Frozen actor Josh Gadd was rumored to be up for the role of the DC Comics villain. While talks never happened, it did not stop the actor from having fun with the rumor on social media and frequently commenting on the film’s casting choices.

Later on, Jonah Hill was rumored to be up for the part after it was revealed that he was in talks for Robert Pattinson’s The Batman. After Jonah Hill dropped out, Colin Farrell was reported to be in talks for the role. Eventually, The Batman helmer Matt Reeves officially confirmed that Collin Farell has been cast as The Penguin for the highly-anticipated movie.

Since Colin Farrell was cast as The Penguin in Robert Pattinson’s The Batman, artists have taken to the internet to give their rendition of the actor as the proprietor of the Iceberg Lounge. Most recently, Instagram user spdrmnkyxxiii shared his version of what he thinks Colin Farrell would look like as The Penguin. You can see the artwork below.

Full plot details on Robert Pattinson’s The Batman are being kept under wraps, though the film is said to center around a younger version of Bruce Wayne and will feature a Rogues’ Gallery of villains that includes Catwoman, The Penguin, and The Riddler. The Matt Reeves film will follow the Dark Knight during his early years as Gotham City’s protector and will make use of the her’s detective skills to a greater extent than previous DC films. It is expected to be the first chapter in a new trilogy with Robert Pattinson as Batman.

Directed by Matt Reeves from a script he co-wrote with Mattson Tomlin, The Batman stars Robert Pattinson as the Caped Crusader, Zoe Kravitz as Catwoman, Paul Dano as the Riddler, Jeffrey Wright as Commissioner James Gordon, John Turturro as Carmine Falcone, Peter Sarsgaard as Gil Colson, Jayme Lawson as Bella Reál, with Andy Serkis as Alfred Pennyworth, and Colin Farrell as the Penguin.

The 3 Most Resilient Stocks in the Bear Market Today