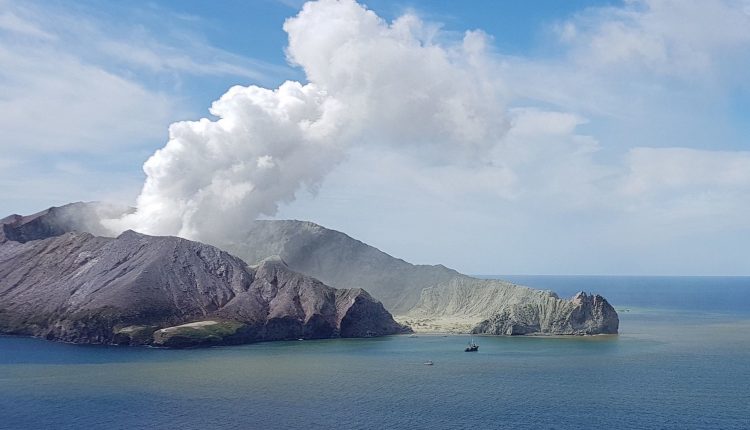 UsatodayRescue workers Tuesday couldn’t find any of at least eight people missing and feared dead after a volcanic eruption in New Zealand blasted the island with scalding steam and ash.

Search crews flying above the island saw “no signs of life” on White Island, also called Whakaari, as they waited for conditions to stabilize for landing and on-the-ground searches. Meanwhile, New Zealand police said they were opening a criminal investigation into the deaths of at least five tourists on the volcanic island.

Police Deputy Commissioner John Tims did not go into details of the criminal investigation but said it would sit alongside an investigation by health and safety regulators. The announcement indicates authorities are concerned safety standards may have been breached.

A question that figures to be at the forefront of the investigation: Why were tourists allowed on the island after seismic monitoring experts raised the volcano’s alert level last month.

“These questions must be asked and they must be answered,” Prime Minister Jacinda Ardern said in Parliament.

What is a cone volcano? The science behind the deadly New Zealand eruption

Some survivors were evacuated via helicopter after the eruption Monday afternoon. Russell Clark, an intensive care paramedic worker, said the island blanketed in ask looked like the Chernobyl nuclear disaster.

“I can only imagine what it was like for the people there at the time – they had nowhere to go,” Clark told New Zealand broadcaster TVNZ.

Of the 47 people on the island at the time, authorities said 31 survivors were hospitalized, some with severe burns — including Matthew and Lauren Urey, a newlywed couple from Virginia. Three other survivors were released.

“I fear there is worse news to come over the course of perhaps today or over the next few days,” Australian Prime Minister Scott Morrison said. “This is a terrible tragedy, a time of great innocence and joy interrupted by the horror of that eruption.”

Here’s what we know now:

What happened on White Island?

The eruption occurred just after 2 p.m. local time, according to GeoNet, which tracks volcanic activity in New Zealand. The eruption was “short-lived” and sent an ash plume soaring about 12,000 feet above the volcano’s vent, GeoNet volcanologist Geoff Kilgour said.

Videos and photos shared on social media show massive plumes of smoke coming off the island.

A Royal Caribbean International cruise ship, Ovation of the Seas, was on the island at the time, the company confirmed. The ship was to sail to Wellington on Monday but instead would remain in the Tauranga port overnight, the company said.

“In the scheme of things, for volcanic eruptions, it is not large,” GeoNet’s Ken Gledhill said. “But if you were close to that, it is not good.”

Why were people on White Island?

GeoNet had raised its alert level on the island from one to two on Nov. 18 as sulfur dioxide gas increased.

According to GeoNet, a level two warning is means there are “unrest hazards on the volcano and could include eruptions of steam, gas, mud and rocks. These eruptions can occur with little or no warning.”

Get the The Backstory newsletter in your inbox.

Editor-in-chief Nicole Carroll gives an inside look at the week’s must reads.

GeoNet had been providing updates on the volcanic unrest on the island in the days leading up to the eruption.

Loÿc Vanderkluysen, a volcanologist at Drexel University, said he was surprised that tourists were on the island given the volcanic activity.

“Scientists seem to have been well aware that White Island was entering a phase of heightened activity,” he said.

Where is White Island?

White Island is about 30 miles off New Zealand’s North Island in the Bay of Plenty. It is also known by its indigenous Maori name Whakaari.

The cone volcano is New Zealand’s most active, experts say, and about 70% of it sits under the sea.

A shelter was installed in 2016 on the island in case of unexpected eruptions, according to the New Zealand Herald.

The island has a history of mining but is now a tourist attraction. The island became a private scenic reserve in 1953, and more than 10,000 people visit the volcano each year on daily tours.