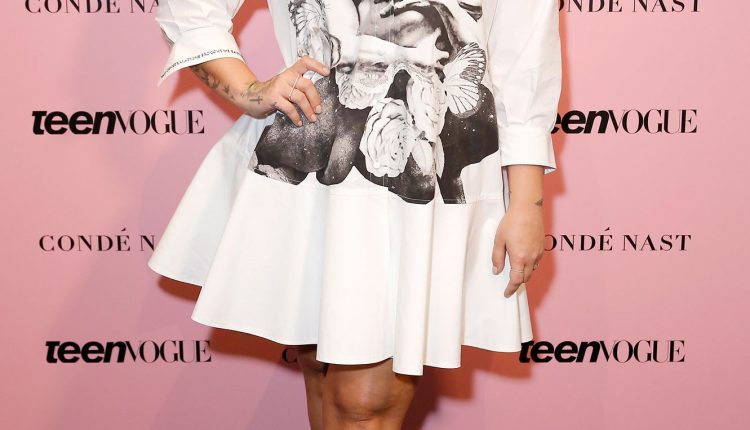 Demi Lovato Teases New Music: ‘Next Time You Hear from Me, I’ll Be Singing’

The Grammy-nominated singer, 27, teased eager fans with a mysterious Instagram post on Wednesday, assuring her followers that they’ll be hearing from her again, sooner rather than later.

Sharing only an all-black square, Lovato captioned the post, “The next time you hear from me, I’ll be singing….”

Though no release date has been officially announced for a new song or album, this project will be the first solo offering from the star since she left rehab in November 2018. Her last single, “Sober” came out June 2018, about one month before Lovato overdosed at her home in Hollywood Hills.

Lovato’s famous friends showed support and excitement in the comment section of her Wednesday post. “🙌🏽❤️👏🏽,” commented Ashley Graham, as Debra Messing of Will & Grace — on which Lovato makes a guest appearance this season — also left plenty of joy in the comments: “👏🏻👏🏻👏🏻👏🏻👏🏻👏🏻👏🏻😘😘😘😘😘😘😘😘😘😘😘.”

RELATED: Demi Lovato Says She’s ‘Been Through a Lot’ as She Opens Up About Self-Love in Candid Interview

On her Instagram Story, the singer further teased fans with a cryptic message that came paired with an upside-down smiley face: “Don’t believe the rumors.” Whether the sentiment will serve as the title of her new project or simply set the tone for a new era for the artist remains to be seen.

Lovato last hinted at new music in November when she shared photos and videos from inside the recording studio. In the images, she and Grammy-nominated record producer Warren “Oak” Felder were hard at work.

“Wouldn’t y’all like to hear … ” Lovato captioned a soundless video of the record producer — who produced five tracks on Lovato’s last album, Tell Me You Love Me, including its lead 2017 single “Sorry Not Sorry” — jamming out to a track.

“Recording a song for my loyal #Lovatics — the ones who support me and whatever makes me happy,” the singer wrote on top of a photo of a microphone from inside the studio.

In November, at the Teen Vogue Summit in Los Angeles, Lovato opened up about addiction and recovery, revealing that she now feels stronger than ever.

“What I see in the mirror [is] someone that’s overcome a lot. I’ve been through a lot and I genuinely see a fighter,” she said at the time. “I don’t see a championship winner, but I see a fighter and someone who is going to continue to fight no matter what is thrown in their way.”

She later added: “I wouldn’t change the direction of my life for anything. … I would never regret anything. I love the person that I am today.”

College basketball rankings: DePaul upsets Texas Tech to remain undefeated and move into the Top 25 And 1

What Happens When You Wear an Ugly Christmas Sweater