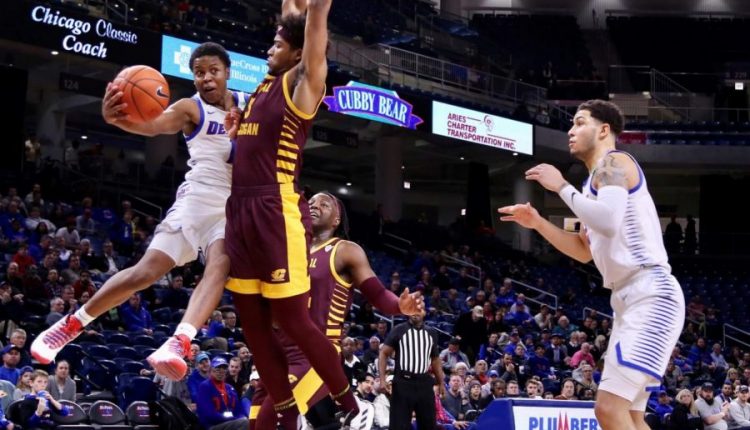 College basketball rankings: DePaul upsets Texas Tech to remain undefeated and move into the Top 25 And 1

Which is why Wednesday was so cool.

The Blue Demons entered their showdown with Texas Tech, last season’s national runner-up, undefeated and with some buzz — evidence being that they received 18 points in this week’s AP Top 25 poll thanks to upsets of Iowa and Minnesota. So Wednesday provided an opportunity to win as an underdog again.

In dramatic fashion, DePaul did it.

So, just like that, the Blue Demons are surprisingly 9-0 for the first time since the 1986-87 season. And, looking at the schedule, they could reasonably be 13-0 when they host Seton Hall on Dec. 30. What a story. And, yes, I know Texas Tech had just lost to Iowa and Creighton — and that the Red Raiders’ star freshman, Jahmi’us Ramsey, is sidelined with a hamstring injury. But let’s not let those little details ruin this because it’s much more fun to just focus on the fact that DePaul is 9-0 with victories over two top-40 KenPom teams, one of which (Texas Tech) was ranked 13th in the preseason AP poll.

Again, what a story.

The Blue Demons are No. 25 in Thursday’s updated CBS Sports Top 25 And 1 daily college basketball rankings. Louisville, which will play Pitt on Friday, remains No. 1 for the ninth consecutive morning.

Demi Lovato Teases New Music: ‘Next Time You Hear from Me, I’ll Be Singing’