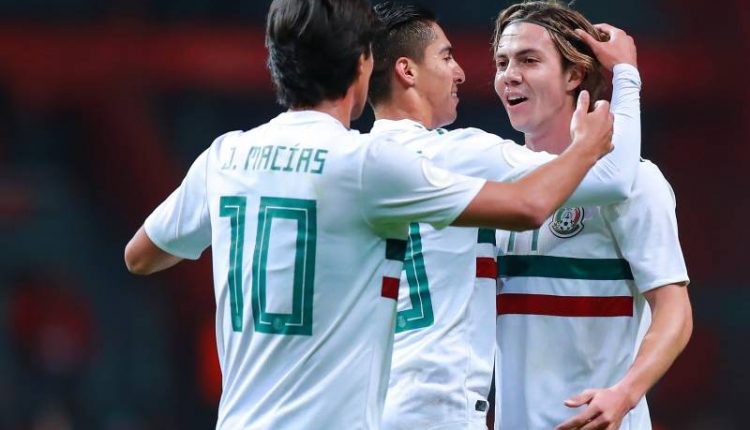 Uriel Antuna scored from close range in the third minute of second-half injury time to give the host all three points. Dante Leverock had put Bermuda ahead in the 10th minute before Sebastian Cordova brought Mexico level in the 27th minute.

Mexico, which had already assured itself of first place in Group B, finishes the group stage with a perfect record in four matches.

In what was a rare miscue by Bermuda’s back four, center back Jaylon Bather missed his header to clear away a pass by Raul Jimenez. That left Antuna all alone to slam home the winner.

A draw would have brought the same overall result for El Tri, who only needed one point to leapfrog Honduras on goal differential for the top seed in the knockout round.

With their semifinal berth already secured, they may have taken Bermuda a little too lightly. ESPN FC’s Tom Marshall also questioned whether the location—Toluca is more than 8,700 feet above sea level—was causing problems for the players:

Leverock unexpectedly put the visiting side ahead when he headed in a corner from Osagi Bascome.

Many expected Bermuda’s advantage wouldn’t hold for long. However, the goal allowed the Gombey Warriors to drop even further back to defend and surround their own 18-yard box.

Goalkeeper Dale Eve was doing a good job as well when Mexico tested him. Eve saved Cordova’s free kick in the 13th minute before Bermuda conceded a corner.

Eve was helpless to stop Cordova’s second effort in the 27th minute, though. The Club America midfielder faked with his right and moved the ball onto his left before unleashing a precise shot into the top right corner.