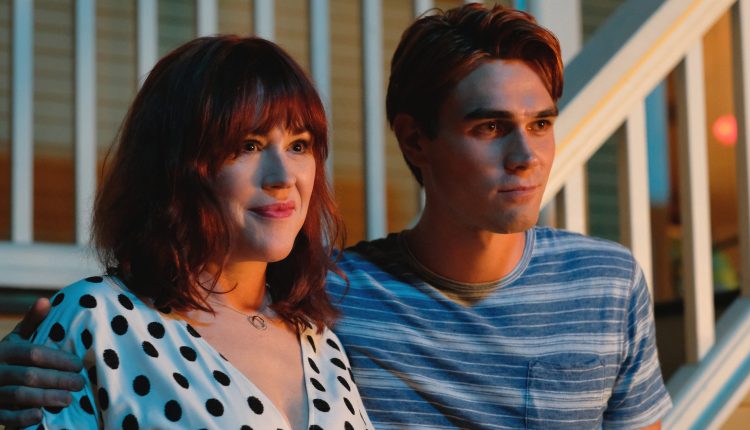 How ‘Riverdale’ says goodbye to Fred Andrews (and Luke Perry)

USATODAYSpoiler alert! The following contains details from the Season 4 premiere of “Riverdale,” “In Memoriam.”

Perry’s final appearance aired at the tail end of Season 3 in April, but after the events of the finale episode, Fred was alive, and his fate in the series was uncertain. The season opener, set over the July 4 holiday and titled “In Memoriam,” includes Fred’s death and funeral.

Although “Riverdale” is full of murderers and violence, Fred’s death was more common and tragic: a hit-and-run accident that takes place offscreen, although Archie and his friends are told the details. Driving home to Riverdale from Cherry Creek one night, Fred stopped to help a driver stranded on the side of the road, played by Perry’s “Beverly Hills, 90210” co-star Shannen Doherty. While the two are changing her tire, a car comes out of nowhere and almost hits Doherty’s unnamed character, but Fred quickly pushes her out of the way and is struck himself.

Archie receives the call about his father while hanging at Pop’s with Veronica (Camila Mendes), Jughead (Cole Sprouse) and Betty (Lili Reinhart) and collapses before going home to see his mother, Mary Andrews (Molly Ringwald). After they learn that Fred’s body can’t be transported to Riverdale until after the holiday, Archie decides to go retrieve it himself.

While visiting Cherry Creek, Archie meets the woman Fred saved, and they share a prayer together at the accident site. He plans to confront the man police say was the driver. When he arrives at the man’s house and shoves him against a wall, Archie discovers it was the man’s teen son who was behind the wheel. The father tried to protect his son, just as Fred tried to protect Archie.

Archie and Veronica bring Fred’s body back to the town and are greeted by a parade of supporters holding signs praising Fred. After the funeral, Archie and his friends celebrate Fred one last time with a fireworks display, commemorating when Fred gave a young Archie his own fireworks show. The touching episode concludes with a dedication to Perry.

On Friday The 13th, Here Are The Best Horror Movies To Stream

James Bond Flick No Time to Die Delayed Over Coronavirus