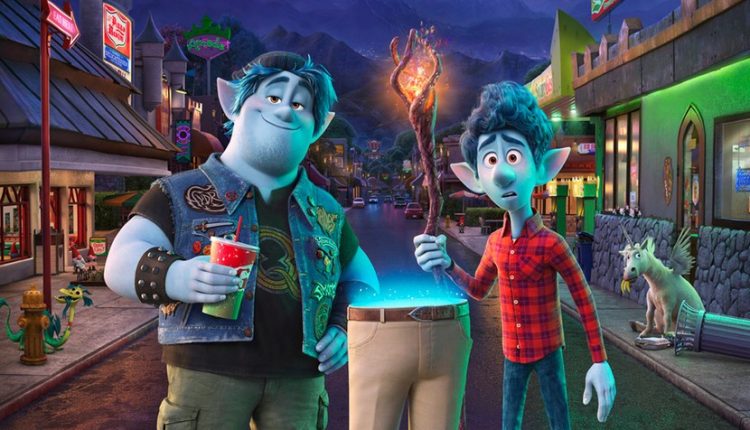 AndroidcentralWe may all be stuck inside and social distancing this month, but Pixar’s newest film Onward is taking audiences on the quest of a lifetime right from the comfort of the living room couch. This Disney Pixar collaboration is one of a handful of films which was released early to digital retailers last month around the time theaters were closed across the world, and starting today, it’s available to watch on Disney’s new streaming service Disney+ in select countries.

How do you get a free Disney+ trial?

Scoring a Disney+ trial is easier than you might think, though it does require that you enter valid billing information so that your membership can continue automatically once the 7-day trial is over. That means you’ll be charged the regular monthly price for the service once that happens. However, you can also choose to cancel your Disney+ membership at any time, including before the trial ends.

To snag your Disney+ free trial, simply head to Disney+ and click Start Free Trial on the homepage. The free trial offer is only valid on the standard Disney+ membership; the Disney+ package which includes Hulu and ESPN+ does not offer a free trial at this time.

Other ways to watch Onward

Whether you’re having trouble accessing Disney+ or want to know all your options, we’ve rounded up a few other ways that you can also stream the newly-released movie.

How to stream Onward from outside your country

Now, we really all should be home right now, but on the off-chance that you’re away from your home country, there are still ways to get around all the location restrictions which could keep you from watching shows and movies like Onward while you’re traveling. Downloading a VPN is an easy solution that lets you watch as if you’re back at home by changing your IP address. Then you’ll be able to watch content anywhere you are without any frustrating “This content is not viewable in your area” messages.

There are tons of VPN services out there to choose from, but our favorite is ExpressVPN. It’s easy and simple to use, and has 160 locations and 94 countries for you to switch your IP address to securely. Best of all, ExpressVPN is compatible on a variety of devices — not just your computer, but also your Android or iOS smartphone, streaming devices like the Amazon Fire TV Stick or Apple TV, and gaming consoles, among others.

ExpressVPN even offers a 30-day money-back guarantee if you’re unhappy with the service. That should give you plenty of time to watch Onward from wherever you are and decide if you’re keeping your membership or not.

How to stream Onward in the U.S.

Since March 20, Onward has been available to purchase at various digital retailers including Amazon Prime Video, Google Play, and iTunes at the retail price of $19.99. Compared to how much you’d spend going to see the film in theaters, it’s a small price to pay for the added convenience of being able to rewatch the film whenever you’d like. Then again, these retailers also give you the option to rent the film from $4.99, though with a month’s subscription to Disney+ priced at just $6.99, you’d get more bang for your buck by signing up for the service instead. The free Disney+ trial gives you enough time to cancel after watching Onward, too.

Onward isn’t one of the free films you can watch at Amazon Prime Video with a Prime account, though signing up for a free 30-day trial to binge-watch all of the shows and movies there is a fantastic idea once you’re done watching Onward and looking for more content to stave off boredom.

Meanwhile, those looking to own Onward in 4K UHD will want to shop at FandangoNow. It’s priced at $19.99 there as well, and with a free Movies Anywhere account, your purchase at FandangoNow can be shared to your libraries at other digital retailers — including the stores mentioned above.

How to stream Onward in the U.K.

Unfortunately, Onward isn’t available to purchase, rent, or stream in the U.K. at this time. However, Disney+ is scheduled to see it premiere later this month on April 24. That’s still a few weeks away though, and if you’re a U.S. or Canadian citizen who can’t wait to watch the film, it might be time to start putting some serious consideration towards signing up for a VPN like ExpressVPN. You’d not only be able to stream Onward on Disney+ but any of your other services which might be blocked while you’re in another country, such as Netflix or Hulu.

If you can wait a few weeks, then it’s time to join Disney+. You’ll score a free 7-day trial when you sign up, after which the cost is just £5.99 per month. There’s plenty to binge before Onward comes out, from The Mandalorian to The Simpsons, Disney Channel original shows and movies, and more.

How to stream Onward in Canada

Canadians are one of the lucky ones who have access to buy or stream Onward today. You could purchase the film outright for CA$24.99 via digital retailers like iTunes and Microsoft Store, rent from CA$4.99, or start a free Disney+ trial to stream it.

If you’re a Canadian citizen stuck in another country right now, you could also sign up for ExpressVPN to make it appear as if your IP address is still coming from your home country.

How to stream Onward in Australia

Onward wasn’t able to reach theaters in Australia before they closed down last month, but audiences will only have to wait a few more weeks to watch the film at home. Disney+ is slated to have the movie available to Australian audiences on April 24, the same day as it arrives for U.K. customers. If you want to try out the service early, start a 7-day Disney+ trial for free to start binging all of Disney’s classic content.

If you’re away from your home country and want to watch Onward in Australia today, signing up for ExpressVPN takes only a few minutes. Then you’ll be able to watch Disney+ as if you’re still back in the U.S. or Canada, and right now there’s even a deal where you can score 3 months for free when you purchase an annual subscription.