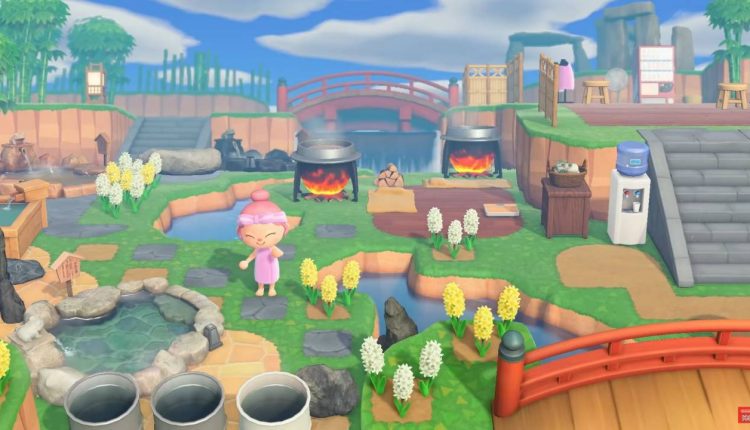 SlashgearIf you feel a certain need to de-stress and you’ve got a Nintendo Switch handy, then good news: Animal Crossing: New Horizons is only a week away. There are a lot of people out there who are looking forward to the unique brand of chill Animal Crossing offers, and today, Nintendo debuted a new trailer for the game that shows us some of the set pieces we’ll be able to construct on our islands.

Unfortunately for those who need some anticipation sated, this trailer only lasts a brief 30 seconds. Still, we see a surprising amount of content in that short window of time. The trailer starts off by showing us a player molding the island, doing everything from laying down stone path to opening up rivers and waterfalls.

We’re then given a glimpse at various islands – for instance, there’s one that has a very ancient Greece feel, and another that has a Halloween theme. Throughout the trailer, we see set pieces densely packed on these islands, from teacup rides and Godzilla references to boiling cauldrons and tiki torches.

The idea, of course, is that you’ll have a fine level of control not only over the set pieces that you place on your island, but the shape of your island in general. It seems that Animal Crossing: New Horizons will allow more control over the shape of our island towns than any of its predecessors did, and that’s always nice to see.

We’ll probably get one or two more short trailers like this one as we get even closer to Animal Crossing‘s release date, so we’ll keep our eyes peeled for those. Animal Crossing: New Horizons is out on Nintendo Switch on March 20th, 2020.

Watch: Joy Behar To Temporarily Step Away From ‘The View’ As Precaution Against Coronavirus