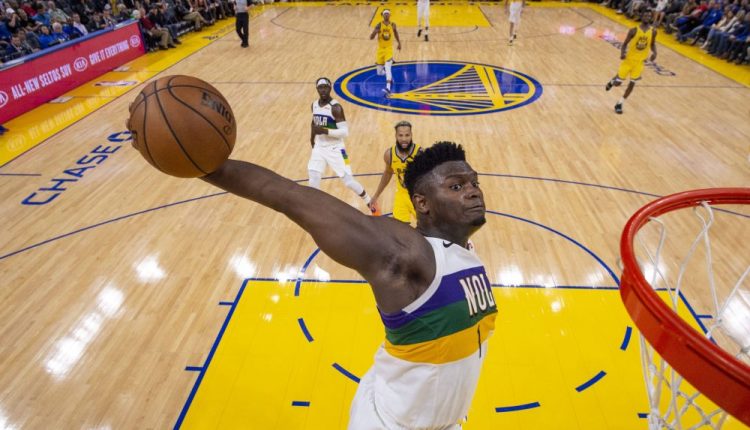 Usatoday In the 12 NBA games Zion Williamson has played thus far, the thing that’s stood out the most is something that would make the New Orleans Pelicans star happy: he’s more than a dunker.

That may seem obvious, but if you didn’t see his games at Duke, you might have just seen his rim-scorching slams in highlight reels. And Williams said, per ESPN in 2019, he “kind of hate(s) being classified as a dunker,” so this is perfect.

That said, as you might have seen from his shot chart, Williamson does a ton of his work inside. It’s just that how he does it is jaw-dropping … but he’s not just a player in the paint. Let’s dive in: 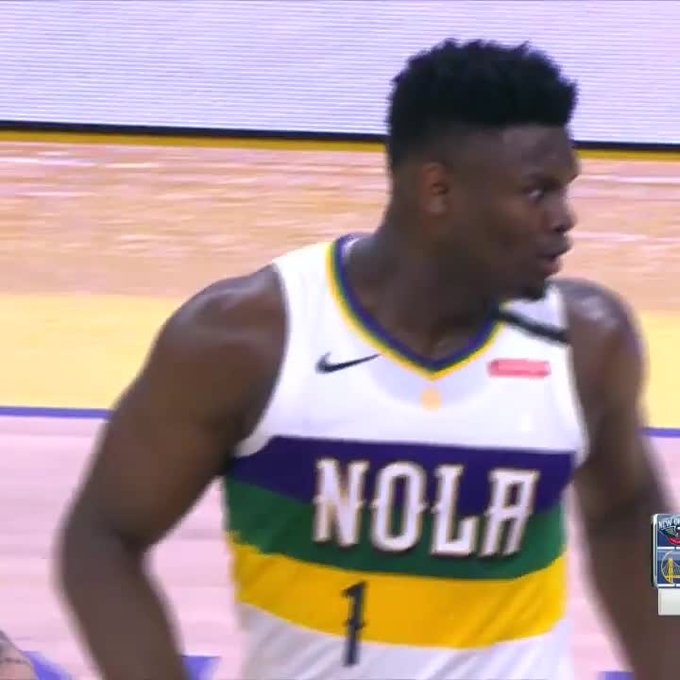 573 people are talking about this

This, to me, is his default position. When he gets fed down low, he can either break defenders down with his face to the opposition thanks to a myriad of moves or just use his massive frame to back them down. There’s also a terrific way he’s using post-ups in transition, something The Ringer broke down really well recently.

Clear the lane for Zion 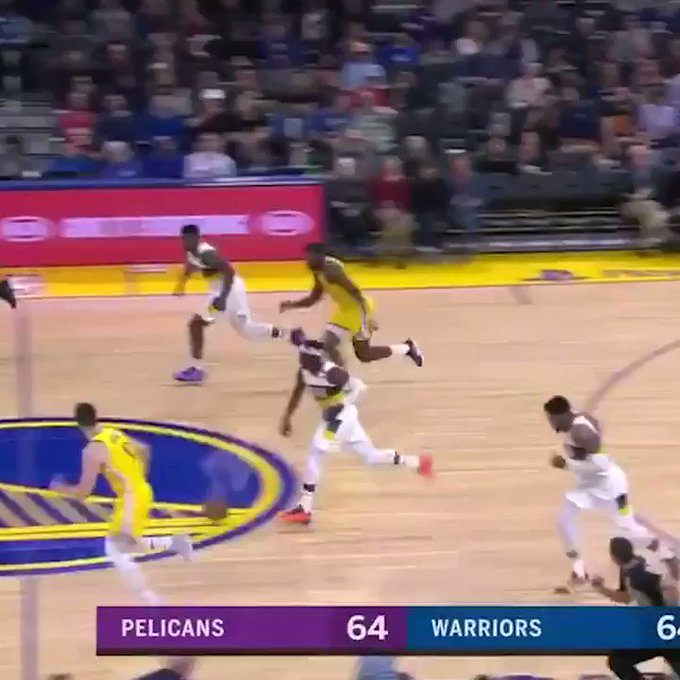 1,774 people are talking about this 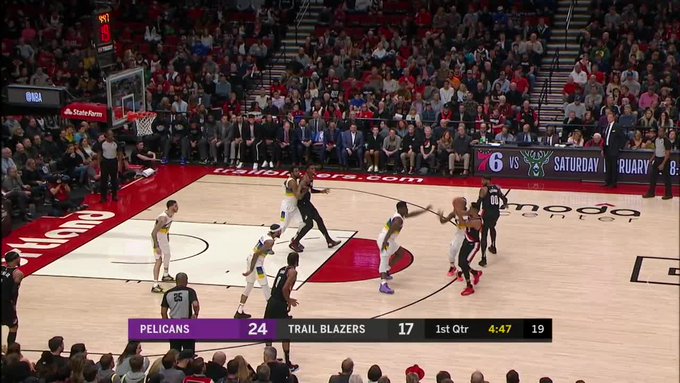 1,118 people are talking about this

Get out of his way when he’s flying in.

3. Grabbing the ball away from rebounders

This is my new favorite. What other player can literally just take the ball away with muscle and score or draw a foul? 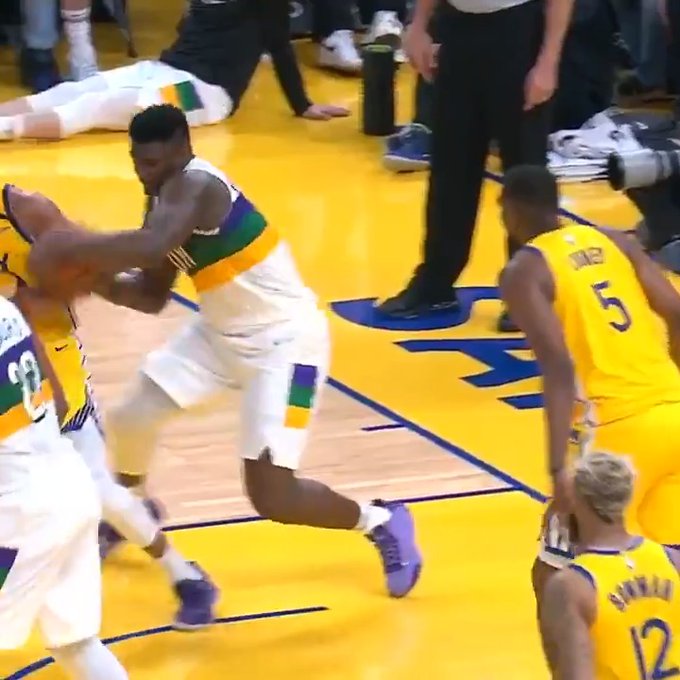 736 people are talking about this

Zion RIPPED the ball away from Giannis 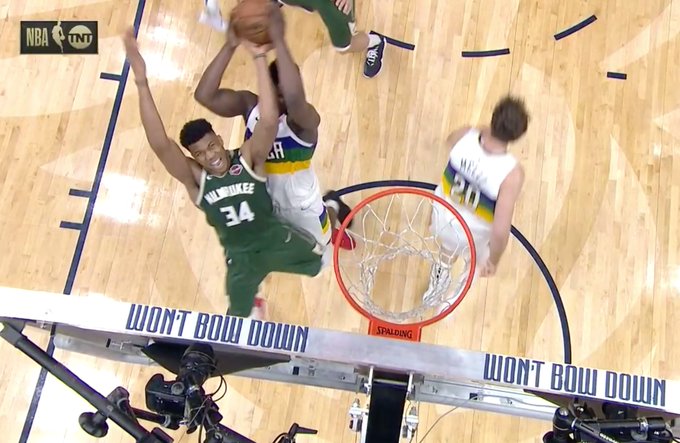 6,099 people are talking about this

Zion did him too dirty with this jab step 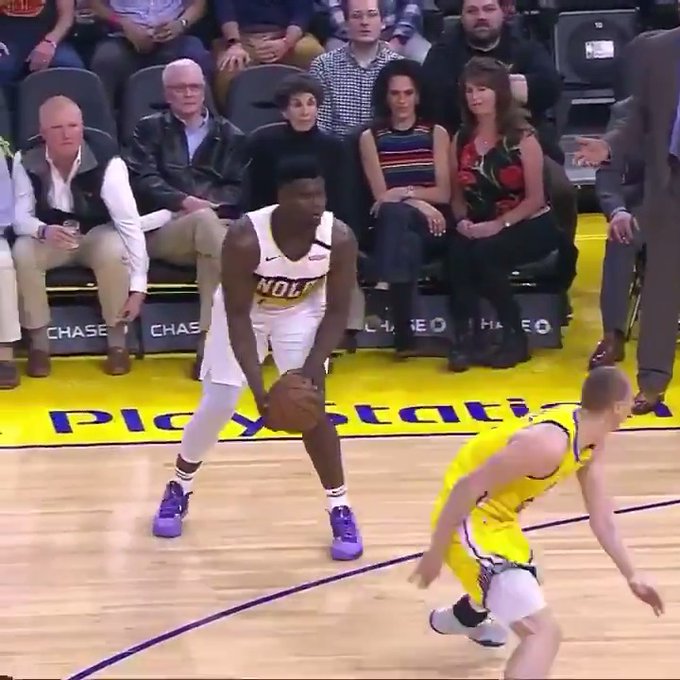 15.4K people are talking about this

When — not if — he gets even better at this, it’s going to be scary.

Around the 35-second mark, you’ll see how he works with Brandon Ingram. How do you stop that!? Either you double Williamson and leave Ingram open for a look or you have to give Zion some space and he’ll do what he did there.

He averages 3.5 offensive rebounds per contest.

7. Off his own rebound

8. Driving to the hoop

Give him the ball at the top of the three-point line, step back and let him use his underrated dribble and let him work. There’s a good example around 2:30 of the video above.

So Zion literally bent the basket after this powerful dunk 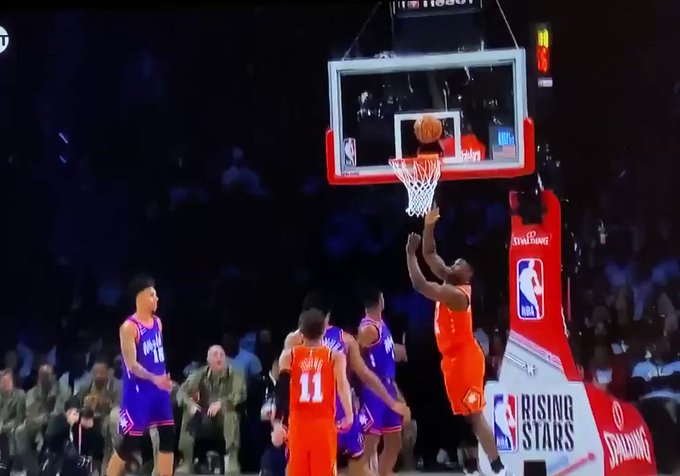 2,331 people are talking about this 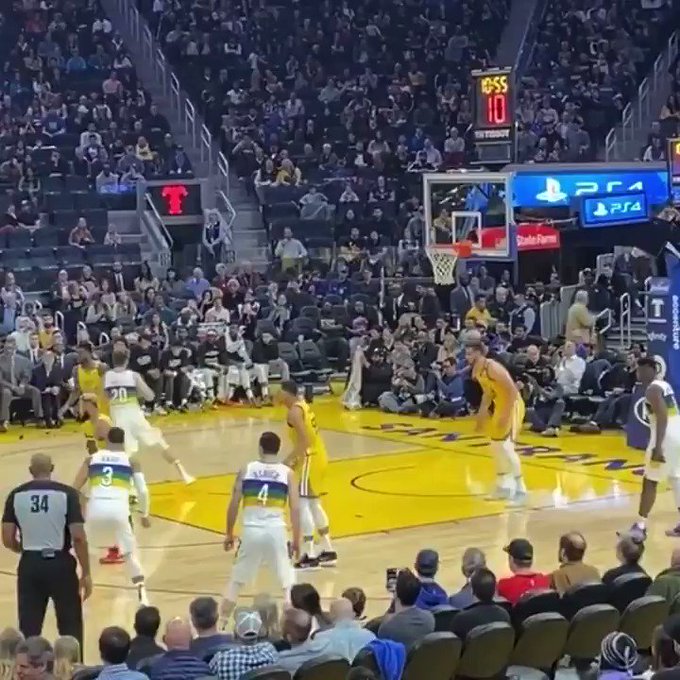