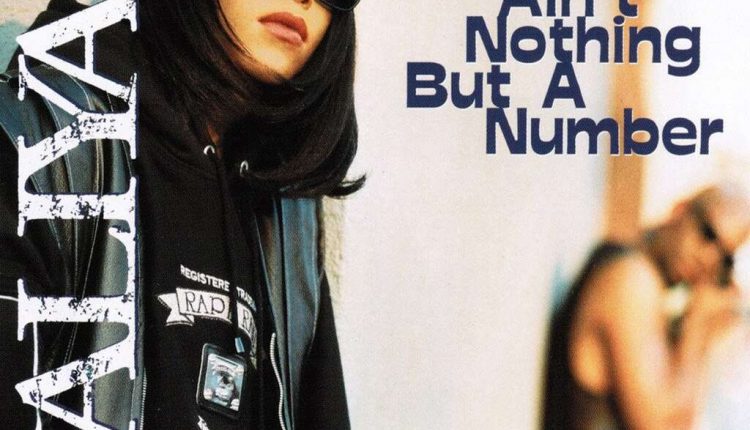 EonlineAaliyah‘s story had barely begun before it was out of her hands.

The story didn’t end, because here we are 19 years after her shocking death in a plane crash at the age of 22, still talking about her, still marking what would have been her birthday, still appreciating what she did contribute in her short time on the planet.

But as has so often been the case when a famous woman’s story is linked to an infamous scandal, her accomplishments can get overshadowed by the more titillating details—and setting Billboard chart records, starring in movies and making enough of an impression musically so that artists are still sampling and drawing comparisons to Aaliyah to this day just doesn’t get the heart racing quite as much.

Not that the scandalous part of Aaliyah Dana Haughton’s story should be ignored.

R. Kelly was just charged in December with bribing a government employee—a federal crime—in order to obtain the fake ID that purported Aaliyah was 18 instead of the 15 that she really was when she married the 27-year-old Kelly at a hotel in Rosemont, Ill., on Aug. 31, 1994.

The union was annulled in February 1995 at her parents’ behest. Kelly said he had “no idea” that she was so young at the time, his attorney Steven Greenberg said on Good Morning America in 2019.

When the bribery charge was tacked on as part of a broader racketeering case, the disgraced R&B singer was already facing multiple counts in multiple jurisdictions of sexual exploitation and abuse, the criminal charges seen by many as a hopelessly overdue comeuppance for a rich and famous man who, four years before he won three Grammys for “I Believe I Can Fly,” married a 15-year-old girl after producing her debut album and had since repeatedly been linked to underage girls.

Kelly has pleaded not guilty to all of the charges.

Questionable pedigree aside, Aaliyah’s first studio album in 1994, Age Ain’t Nothing but a Number, has sold more than 6 million copies worldwide and was certified double platinum, buoyed by top-10 singles “Back & Forth” and “At Your Best (You Are Love).”

The Brooklyn-born, Detroit-bred teen was a show business veteran already, singing at weddings at 8, performing on Star Search alongside Gladys Knight—who was briefly married to Aaliyah’s uncle, record producer Barry Hankerson, in the 1970s—at 10 and taking the stage in Las Vegas at 11.

She wanted to go to college to major in music history and minor in engineering, she said, “but I do what to stay in this business as long as possible, ’cause I love it.” She described her brother, Rashad, as her “best friend” and frequent writing partner.

Her LP’s title, Age Ain’t Nothing but a Number, was both her favorite song on the album and stemmed from the fact that she didn’t go around sharing how old (or young) she was, though everyone knew she was too young to play the Budweiser Superfest—because, beer. (She eventually performed at the festival in 1997.)

By then, the marriage “rumor” had reared its head, but Aaliyah smiled and shrugged. “I just ignored it,” the singer, who along with Kelly had denied the marriage had occurred at all, continued. “When you’re in this business it comes with the territory that people are going to talk, and you really can’t control what people are going to say. So I just really ignored it, you know, and let that roll off my back.”

One of the less nauseating things about R. Kelly’s success not being impacted in any perceivable way by the unearthing—by Vibe, in 1995—of the 1994 marriage certificate that falsely listed Aaliyah’s age as 18, is that Aaliyah’s promising career wasn’t derailed, either. Her star only continued to rise.

She wanted her second album to be “on the same wavelength as the first album,” for which she had been heralded as a promising new talent, but planned to add more of her own flavor.

Slant magazine, for instance, said that her cover of the Isley Brothers’ “At Your Best (You Are Love”) “exhibited a restrained vocal and ear for harmony way beyond her years.”

After the marriage scandal erupted in 1995, Aaliyah distanced herself from Kelly, leaving Jive Records for Atlantic Records and hooking up with producers Timbaland and Missy Elliott in the studio. The result was her 1996 second album, One in a Million, which has sold 8 million copies and was named one of the “essential recordings of the ’90s” by Rolling Stone.

And all the while, Aaliyah remained on the mysterious side—a tactic that was easier to pull off then, because lord knows her fans would demand she be on social media nowadays—often sporting sunglasses in interviews and being sure not to reveal too many personal details. (A controversial 2014 Lifetime biopic that almost starred Zendaya attempted to fill in some of the gaps and was widely panned for its efforts.)

But Aaliyah continued to have the brightest smile.

“I dress in my baggy clothes every day and I am a laid-back person, which is what I portray on camera,” she explained to MTV News in June 1994. “I’m laid back, I’m mellow, kind of jazzy–I like the jazzy music. It’s really not so much of a difference [between her personality and her musical persona] which is probably why it’s so easy, because it really is how I am.”

It was in character, then, not to rush out album No. 3 merely to ride a wave of excitement. Instead, she took a moment to graduate from high school in 1997 (maintaining that 4.0), made her acting debut on the Fox police drama New York Undercover, became a face of Tommy Hilfiger, performed the nominated “Journey to the Past” from Anastasia at the 1998 Oscars, and in 1999 earned her first Grammy nomination, Best Female R&B Vocal Performance, for “Are You That Somebody?” from the Dr. Dolittle soundtrack. 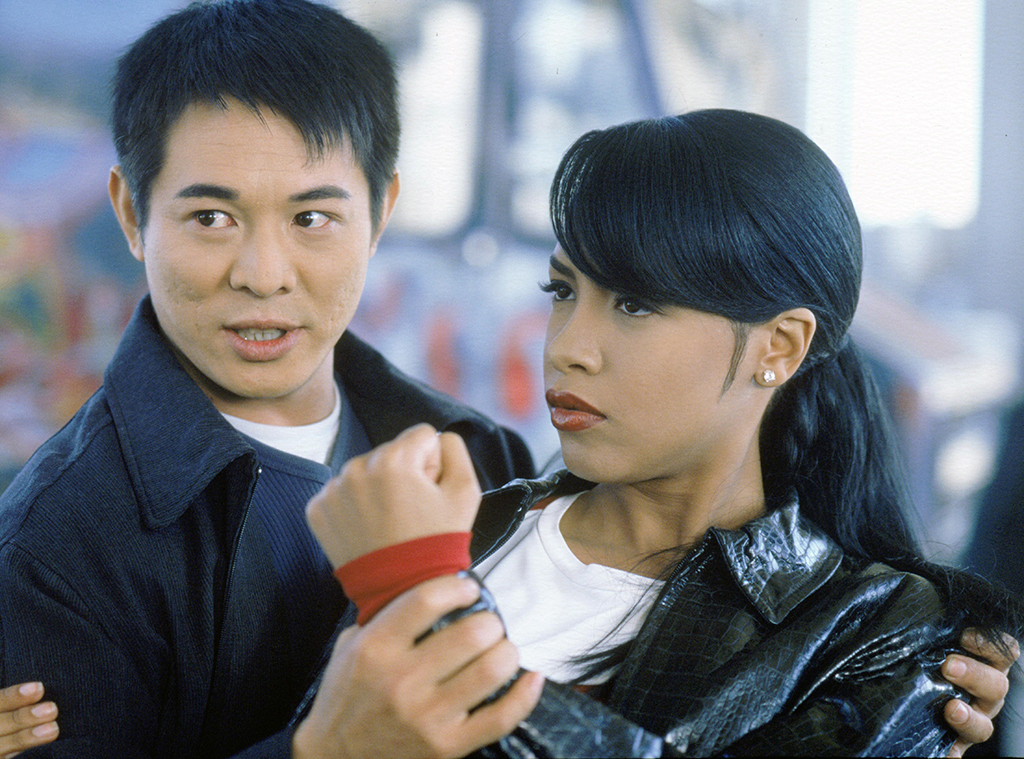 Then it was on to her first movie, 2000’s Shakespeare-adjacent revenge thriller Romeo Must Die, a sleeper hit that earned $91 million at the box office worldwide.

Romeo Must Die also birthed what turned into Aaliyah’s her first No. 1 hit and most well-known song, “Try Again.” She earned another Grammy nomination for Best Female R&B Vocal Performance and won two MTV Video Music Awards, for Best Female Video and Best Video From a Film.

“Try Again” could also be found on Aaliyah’s years-in-the-making self-titled third album, which she primarily recorded in 2000 in Australia, where—thanks to her impressive movie debut—she was the titular queen in the big-screen adaptation of the Ann Rice novel Queen of the Damned, following in the footsteps of no less than Tom Cruise and Brad Pitt as a star of her own “Vampire Chronicles” vehicle. (Stuart Townsend took over from Cruise as Lestat.) 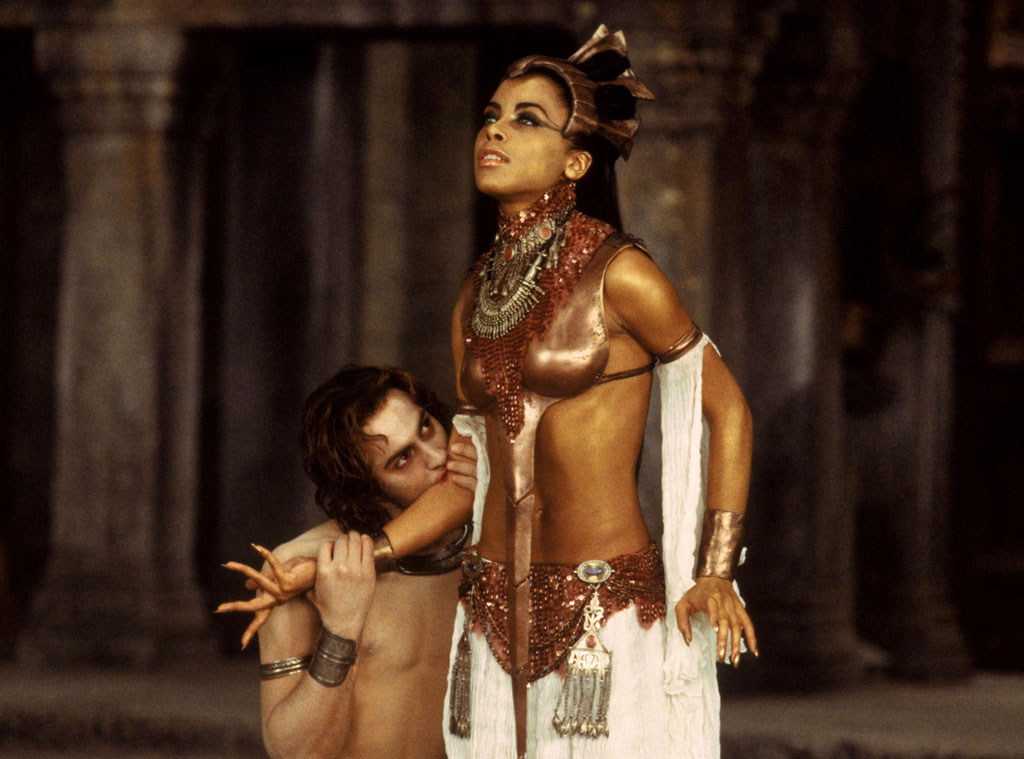 Aaliyah dropped on July 7, 2001, boasting what the artists proudly felt was a more mature neo-soul sound than the albums she had put out as a teen. It sold 187,000 copies in its first week, Aaliyah’s biggest week of her career, but then sales started to taper off.

She had been in the Bahamas shooting scenes for her music video for “Rock the Boat” when on the night of Aug. 25, 2001, she warily boarded a twin-engine Cessna 402-B to be flown back to Florida from the Abaco Islands’ Marsh Harbor Airport.

“Down to the last BlackBerry [exchange] that we had, before she went there, she was like, ‘I don’t like that plane,'” Damon Dash, who was dating her at the time and later said he had planned on marrying her, recalled on The Real in 2016. “And I was like, ‘don’t get on it.’ And she was just like, ‘I gotta do it.’ You know, it was a complicated situation but she had to go do that video.”

The plane, which investigators would determine was carrying as much as 700 more pounds than it should have been, crashed and burned just a few hundred feet from the runway after takeoff. 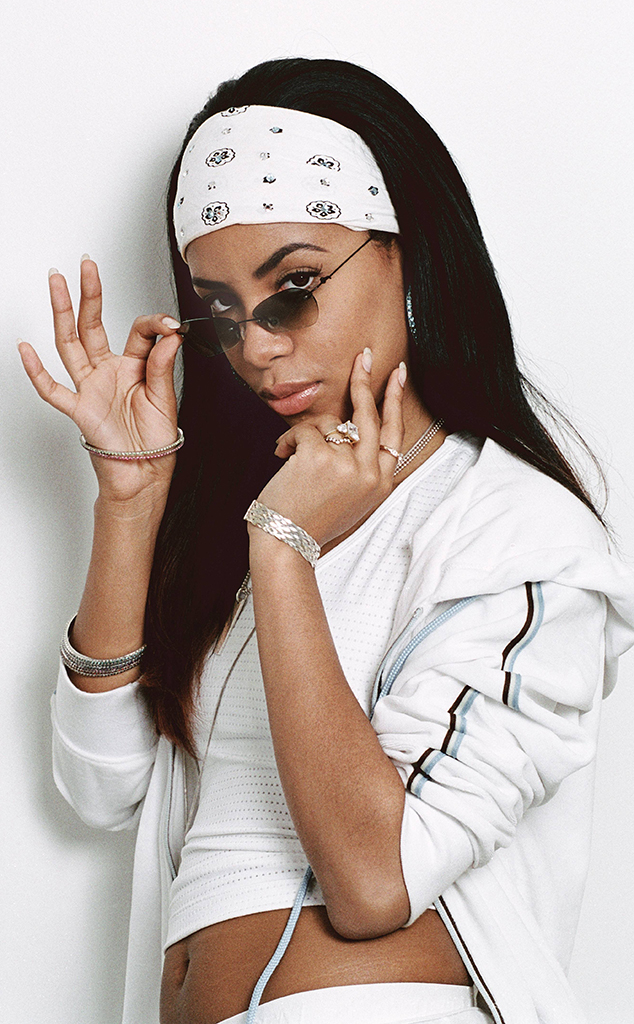 Aaliyah’s parents later settled a wrongful death lawsuit against the companies involved in operating the plane for an undisclosed sum.

“We’ve been friends since ’96,” singer Monica told Rolling Stone that night after the fatal accident at what turned out to be a somber Powerhouse festival in Anaheim, Calif. “She was an easy person to like. I want her family to know we’re here for her as artists, but this is bigger than the music industry. She was very talented, but more than that, she was a good person.”

Ludacris was performing when he was informed on stage about what happened, and he broke the news to the audience.

“It’s numbing,” Ja Rule told Rolling Stone. “I got the news before I went on and I didn’t want to believe it, but I guess if you’re saying it, it must be true. It was definitely in the back of my mind as I was out there though. I loved baby girl. She was a sweet person.”

Aaliyah, which had debuted at No. 2 on the Billboard 200 before sales flagged, shot right back up to No. 1, a 595 percent jump in sales.

“She was a very happy person,” Hype Williams, director of the “Rock the Boat” video, told MTV News a few days after the accident. “She had nothing but love to give to others and she selflessly shared much of who she was. I don’t know if anyone really understands that about her. She had these incredible, graceful qualities as a person. I don’t know if her fans know that about her.”

Alas, Queen of the Damned, when it was released in February 2002, was damned upon arrival—with the studio not sure how to hype a bloody horror-fantasy film about the joys and perils of immortality of which the biggest selling point became its tragically deceased leading lady. “Because of the tragic aspects of her death, most audience interest will be in Aaliyah, but her largely nonspeaking part is more like a modeling assignment than actual acting,” noted the Los Angeles Times. Aaliyah was “the real victim of this dreary mess,” wrote the New York Times, which gave another shout-out to all the promise she showed in Romeo Must Die.

But that was only her second movie ever, after all, and there were supposed to be many more opportunities to show what she could do on screen.

On Aug. 25, 2002, exactly a year to the day after the crash, Jay-Z was performing at DTE Energy Music Theater in Detroit when he paused the music shortly after 10 p.m.

The lights went down and the lighters came out as “Try Again” played over the speakers. He joined his Roc-a-Fella co-founder Dash at the back of the stage for the moment of tribute.

Susan Boyle is So Skinny Now and Looks Gorgeous! (Photos)Mortgage After Life

Learning a new language this year? – This app gets you speaking in just 3 weeksBabbel