Read from source London (CNN)Jose Mourinho has been named Tottenham Hotspur’s head coach after the surprise sacking of Mauricio Pochettino.

The Portuguese coach, who has won 25 senior trophies in his career, has signed a contract until the end of the 2022/2023 season.
Pochettino was fired Tuesday just six months after leading the London-based team to the Champions League final but had witnessed a slump in his side’s form this season.
“In Jose we have one of the most successful managers in football. He has a wealth of experience, can inspire teams and is a great tactician,” Tottenham chairman Daniel Levy said in a statement.
“He has won honors at every club he has coached. We believe he will bring energy and belief to the dressing room.”
READ: Mauricio Pochettino sacked by Tottenham Hotspur 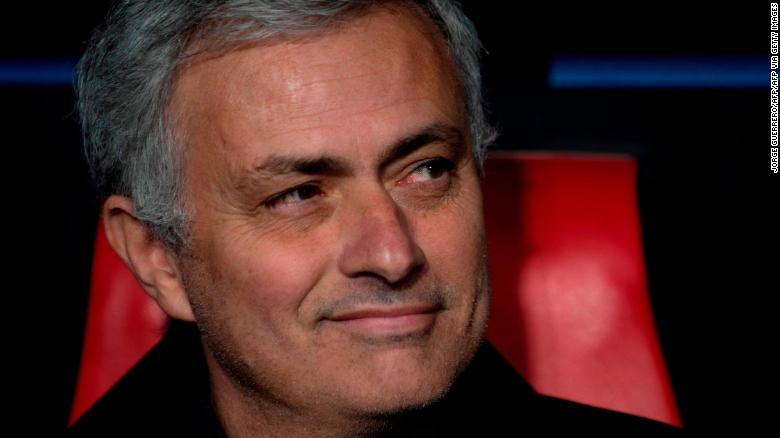 Jose Mourinho is a proven winner but no stranger to controversy.

Spur will be the third English Premier League club that Mourinho has managed.
He won three Premier League titles and one FA Cup during two spells in the Chelsea dugout, before winning the Europa League and Carabao Cup with Manchester United.
The experienced coach has also managed FC Porto and Inter Milan — guiding both sides to success in Europe’s most prestigious club competition, the Champions League — as well as Spanish giants Real Madrid, where he won the league title and the Copa del Rey.
“I am excited to be joining a club with such a great heritage and such passionate supporters,” Mourinho said in a statement supplied by the club.
“The quality in both the squad and the academy excites me. Working with these players is what has attracted me.”
Despite being a proven winner, Mourinho is no stranger to controversy — he poked a finger in the eye of Barcelona assistant Tito Vilanova during an El Clasico game — and has not held a job in football since he was sacked by Manchester United in 2018.
Mourinho’s career has also been marked by an inability to last more than three seasons at the clubs he’s managed. Just once has he made it into a fourth campaign, and even then he left Chelsea before Christmas during his first spell at Stamford Bridge.
His first game in charge of his new club will be against West Ham on Saturday.
He will then face both his former teams, Manchester United and Chelsea, on December 4 and December 22 respectively.
READ: Record crowd watches Arsenal beat Tottenham in Women’s Super League
READ: Luis Enrique back as Spain boss, months after daughter’s death 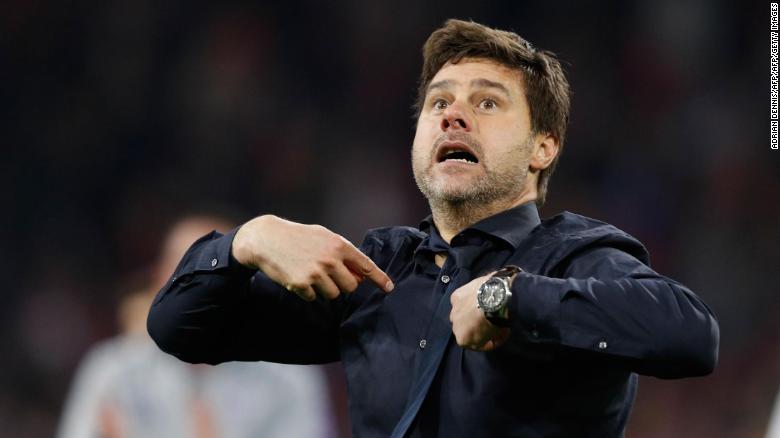 Mauricio Pochettino is seen on the sidelines of a matach against Ajax on May 8, 2019.

Mourinho certainly has big shoes to fill.
Pochettino was hired in May 2014 and transformed the club into one of the most competitive teams in Europe. Spurs regularly qualified for the Champions League during his tenure, an achievement made all the more remarkable by the luck of funds at his disposal.
However, the Argentine coach was not able to win a trophy and Tottenham remains without silverware since 2008.
This season the club has managed to take just 14 points from 12 league games — falling to 14th in the league — and was knocked out of the League Cup by League Two team Colchester United.
Spurs were also thrashed at home by Bayern Munich, with the German side winning 7-2 in a Champions League league group game.
“Mauricio and his coaching staff will always be part of our history. I have the utmost admiration for the manner in which he dealt with the difficult times away from a home ground whilst we built the new stadium and for the warmth and positivity he brought to us,” Levy added.
“I should like to thank him and his coaching staff for all they have contributed. They will always be welcome here.”
Jose Mourinho: Tottenham Hotspur
0 24
شارك FacebookTwitterGoogle+ReddItWhatsAppPinterestالبريد الإلكتروني