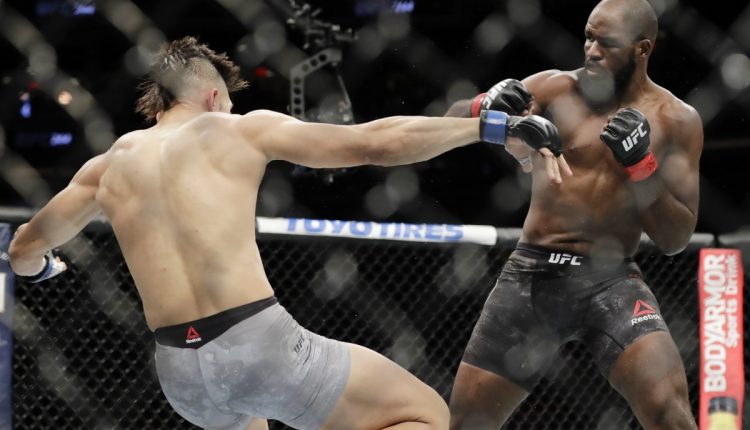 ScmpDana White has hit back at Corey Anderson issued the UFC an ultimatum to give him a title shot or release him from his contract.

at UFC 244 on Saturday night. He then got in Walker’s face and shouted at the Brazilian’s team, but later apologised.

“So he came in here very angry this week, with all these conspiracy theories that we hate him, this and that,” UFC president White said. “All this crybaby b*******, that we’re trying to get him beat – we can’t get you beat, you either win or you don’t – and that we like Walker better. Whatever.

“Not one person clapped for him at the weigh-ins. Walker got a big pop when he came out. I bet people notice him next time. He showed everybody, you did something.

“I’m not saying you’ll get a title shot next. Dominick Reyes just won too, very impressively. We’ll figure out what’s next for you.”

The No 7-ranked Anderson, a former Ultimate Fighter winner who is likely to move into the top six, issued his ultimatum in media interviews backstage after his win, demanding a shot at light heavyweight champion Jon Jones next.

“When your contract is up, if you don’t wanna be here you can do whatever you want. In the meantime, take the fights we offer you,” White added.

“It’s pretty simple. We’re not trying to get you beat. If you think you deserve a shot at the title, how am I gonna get you beat with No 11-ranked guys in world?”