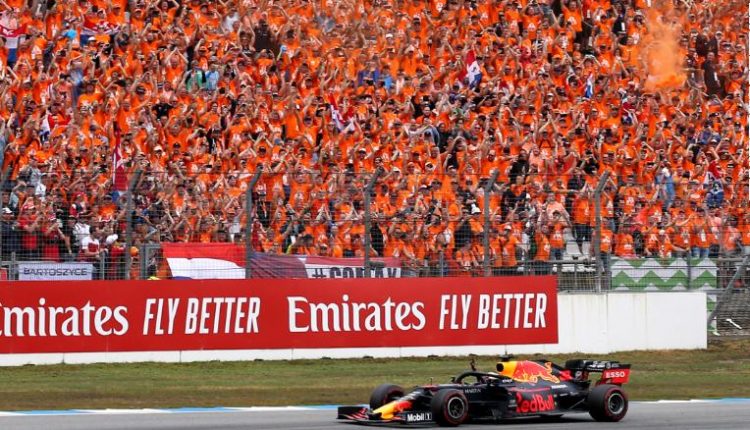 In 2015 aged 17, he became the youngest driver to compete in a Formula 1 race. A year later he crossed the finish line in Spain as the youngest winner of an F1 race while also becoming the first from the Netherlands to stand on the highest step of the podium.
Now, Verstappen — whose father Jos started on 106 F1 grids and was a teammate of Michael Schumacher at Benetton — is aiming to go where no other Dutch driver has gone before and is already thinking of next season.
“We need to target to fight for the championship,” Red Bull’s Verstappen, fourth in the individual standings in 2019, told CNN World Sport’s Amanda Davies ahead of Sunday’s Japanese Grand Prix. “That is clear for everyone.” 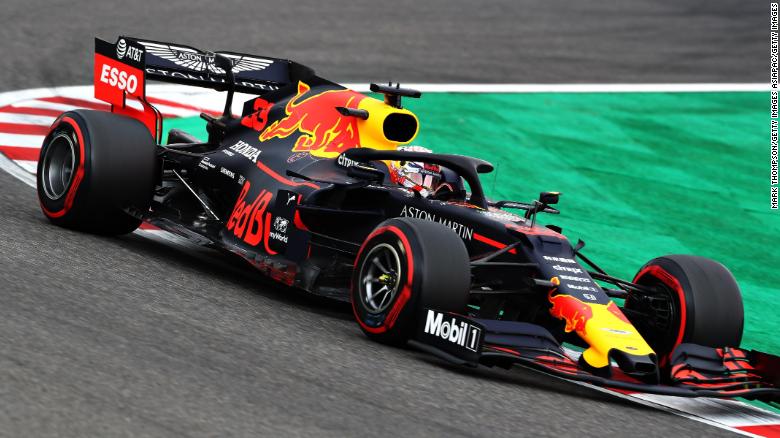 Mx Verstappen on the charge during Friday’s practice at the Japanese Grand Prix.
READ: Max Verstappen gets home GP as Formula One heads to Zandvoort
READ: Valtteri Bottas ‘not distracted’ despite Japanese GP schedule change

Fuelled by the ‘Orange Army’

Verstappen is already his nation’s highest points scorer in Formula 1 with 886 — comfortably ahead of his father who registered 119 points — and with seven wins to his name, has been earmarked as a future champion. For some, it’s not so much a question of if, but when he will achieve his goal.
Could 2020 indeed be his year?
“It’s never going to be easy, looking at history over the last few years,” he said. “We are working flat out to try and become more competitive. Let’s see if it is going to be enough.”
With a population just over 17 million, the Netherlands is dwarfed by Europe’s traditional F1 powerhouses including Germany, France, the United Kingdom, Italy and Spain — who, along with Brazil, make up the five most successful nations in F1.
But the ‘Orange Army’, as the Dutch traveling support are known, are a conspicuous presence around the world when their favorite athletes are competing. Now, they have a young driver capable of matching their enthusiasm with results on the track. 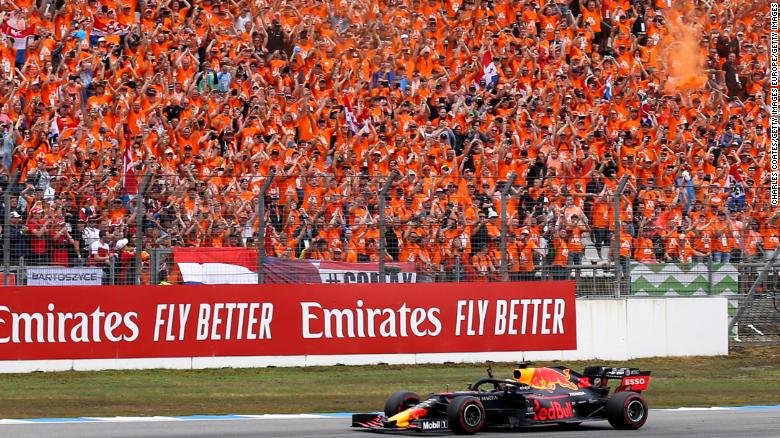 The ‘Orange Army’, as the Dutch sports fans are known, are vociferous supporters of Mac Verstappen.
“It’s a great support to have,” Verstappen said. “They travel around the world. It’s special to see that and have that support.
“After my dad we haven’t really had a lot of drivers. Now we are fighting in the top five. That’s different than just being in F1. They love to support their athletes. They do it in every sport. Like the Olympic Games as well there is a massive following from Holland. We’re not that many people in the country but still a lot of them follow sport and are passionate about it so it’s great to see.”
READ: Max Verstappen: Formula One’s rising star sparks Dutch adoration
READ: Verstappen gets controversial Austrian Grand Prix win after late pass

Master in the rain, but not too much rain

The Orange Army will no doubt be vociferous supporters of Verstappen’s at the Suzuka Circuit if the race goes ahead as scheduled. With Typhoon Hagibis having made landfall on Japan Saturday night local time, much of the country’s sporting events have been severely impacted.
Two Rugby World Cup fixtures were canceled and the Grand Prix’s qualifying has been postponed due to dangerous driving conditions.
Max Verstappen is has already exceeded his father’s F1 points tally.
Strong winds are expected to continue through to Sunday and the possibility of a wet race is high. Not that Verstappen, a developing talent in the rain, will mind.
“For sure if it’s wet and drivable then I would be happy about that,” he said. “But I think on Sunday it’s going to be dry again. Let’s see. It doesn’t really matter. I just love coming here for the fans. It will be a better day if it’s dry.”
If qualifying is not possible before the race, Verstappen will start in third place behind the Mercedes duo of Valtteri Bottas and Lewis Hamilton as the order of Friday’s practice will determine grid positions.
The young Dutchman has had a consistent 2019 having won twice — in Austria and Germany — along with other four podium finishes. He is just three points behind Ferrari’s Charles Leclerc and with five races to go, will be pushing for a best ever finish to a season.
2020 F1 glory
0 37
شارك FacebookTwitterGoogle+ReddItWhatsAppPinterestالبريد الإلكتروني