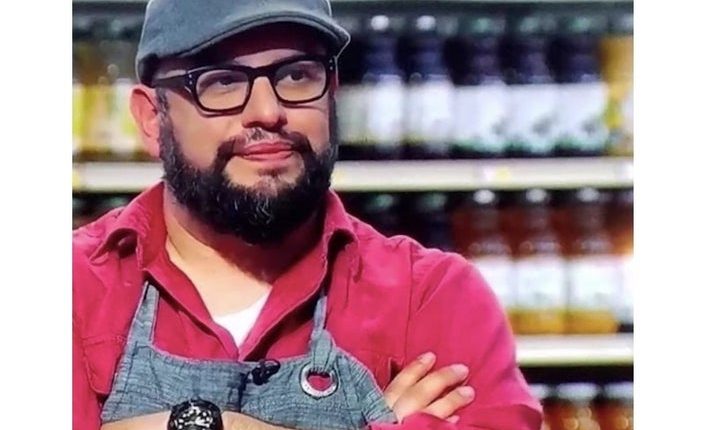 PatchBEL AIR, MD — When celebrity chef Carl Ruiz died over the weekend, his fans across the country were saddened to learn the news. They were also left with questions. Where was he, and how did he die?

Ruiz, 44, who lived in Flushing, New York, was found deceased near Bel Air, Maryland, according to authorities. Bel Air, in the heart of Harford County, is about 45 minutes northeast of Baltimore.

The Harford County Sheriff’s Office was called at 10 a.m. on Saturday, Sept. 21, to the 1300 block of Roman Ridge Way in Bel Air for a report of an unattended death.

“As per standard procedure, the Harford County Sheriff’s Office Criminal Investigations Division was requested to the scene to assume the investigation,” Andersen said in a statement to Patch on Wednesday, Sept. 25. “At this time, there is nothing suspicious.”

The dispatcher who received the call wrote in the notes “DECEASED PERSON | EXPECTED DEATH (unquestionable),” according to the sheriff’s office call logs.

It was not immediately clear why the dispatcher said that the death was expected — if that meant that Ruiz himself expected death or if the caller was certain that he was deceased.

The last tweet from Ruiz was sent at 12:06 a.m. Saturday, Sept. 21, from Bel Air North, the general area where . he was staying, in the Hickory Overlook townhouse community.

In the days since he passed away, those close to Ruiz have said his cause of death remains unknown.

The star chef was staying with friends in Maryland near Baltimore when he died, his brother, George Ruiz, confirmed to The New York Times. He said that a cause of death had not yet been determined, the newspaper reported Monday.

Matt Farah, friend of Ruiz and host of the auto-themed podcast TheSmokingTire, released a tribute show in the chef’s honor Tuesday, Sept. 24, and shared he was uncertain what happened.

“Over the weekend my good friend Chef Carl Ruiz passed away of — I don’t exactly know how at the moment,” Farah said as he began the show. “I don’t really know the circumstances. It was very sudden, and he’s gone now.”

Before that, on Sunday morning, Farah had posted on Instagram that Ruiz “passed peacefully in his sleep at just 44 years old.”

Regardless of how he died, Farah said that one thing was for sure: “He was a king … He was larger than life.” Farah said he was sure he would be talking about Ruiz for the rest of his days on earth.

“Has was just a ball of fire, and he lived life at full throttle,” Farah said on Tuesday’s podcast. “He knew so much about so much, and more importantly, depending on who he was talking to, he could translate any concept into what you would understand.”

If he was talking about a food to Farah, who is a car guy, “He would say, ‘Well this is the BMW M3 of food’ … and I would understand what he meant, and if he was talking to a watch guy, he would compare the food to a Rolex versus a Tudor versus a Panerai,” Farah explained. “He just had a way of looking at the world and democratizing food and making almost any topic seem relatable — and he was the life of any party.”

In recent years, Ruiz shared his reviews on Omg Carl’s Food Show on YouTube and was featured on the Opie Radio podcast.

“He was a real chef but his skills in the kitchen were in my opinion the least interesting thing about him,” Farah said.

Known for his humor and wit, Ruiz was a connoisseur until the end.

During his visit to Maryland, which he said was inspired by a sandwich, he shared his thoughts about dishes at Chaps Pit Beef in Baltimore and Creole de Graw in Havre de Grace on Friday, Sept. 20.Twitter Ads info and privacy

In recent years, Ruiz appeared on the Food Network as a contestant and judge. In June he opened La Cubana in the Meatpacking District of New York City. The restaurant plans to establish a scholarship fund for aspiring chefs in Ruiz’s name, the company wrote on Instagram.

Nearly a decade ago, Ruiz also started Marie’s Italian Specialties with his ex-wife Marie Riccio in New Jersey. The restaurant was featured on “Diners, Drive-Ins and Dives” with Guy Fieri back in 2013.

Fieri said he had “no words to describe” how great a friend Ruiz became to him and his family but tweeted: “His ability to make me laugh and smile under any circumstances was only outshined by his talent as a chef.”

‘Stumptown’ Review: Cobie Smulders Is the Perfect Star for This ABC Detective Show