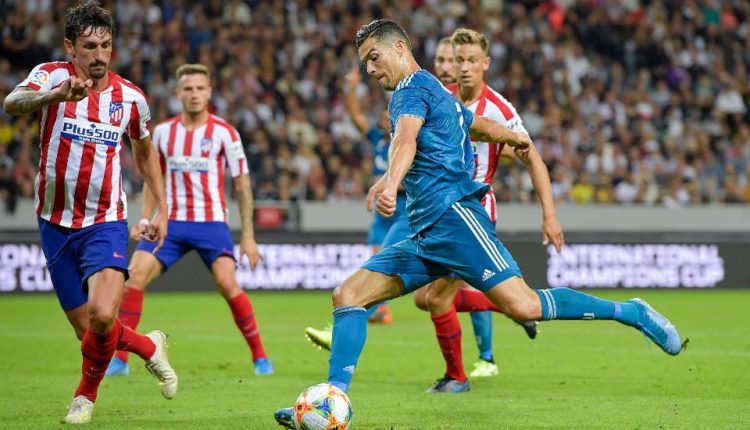 UEFA Champions League: How To Watch Atlético Madrid vs. Juventus

FORBSThis story was written in collaboration with Forbes Finds. Forbes Finds covers products and experiences we think you’ll love. Featured products are independently selected and linked to for your convenience. If you buy something using a link on this page, Forbes may receive a small share of that sale.

In last season’s UEFA Champions League, Atlético Madrid and Juventus put on one of the ties of the tournament in the round of 16. This season, these two fantastic clubs get the chance to run it back again as part of Group D. On Wednesday, September 18, at 3 p.m. EDT, Juventus travels to Madrid and the Wanda Metropolitano to face Atlético (streaming on FuboTV, B/R Live) for the first of two matches between the two in the group stage of the 2019-2020 UEFA Champions League.

Atlético thought it had set itself up for advancement in the first leg of last season’s tie, scoring two late goals against Juventus in Madrid to take a 2-0 lead into the second leg. But the indomitable Cristiano Ronaldo did what he does best and scored a hat trick in the return leg in Turin to overcome the two-goal deficit and advance to the quarterfinals with a 3-2 aggregate victory.

More recently, in early August, Atlético and Juventus faced off in a preseason friendly. Atlético emerged victorious from the meaningless match, beating Juventus 2-1 with a goal from Thomas Lemar and and another off a brilliant volley from new signing João Félix.

Félix, 19-year-old Portuguese attacker who moved from Benfica to Atlético in July on a whopping $142 million transfer, has been compared to compatriot—and opponent come Wednesday—Ronaldo. But Félix won’t be the only young star-of-the-future to play Wednesday. Juventus also injected some prodigious youth into its own ranks with signing of 20-year-old defender Mattjis de Ligt from Ajax for $94 million.