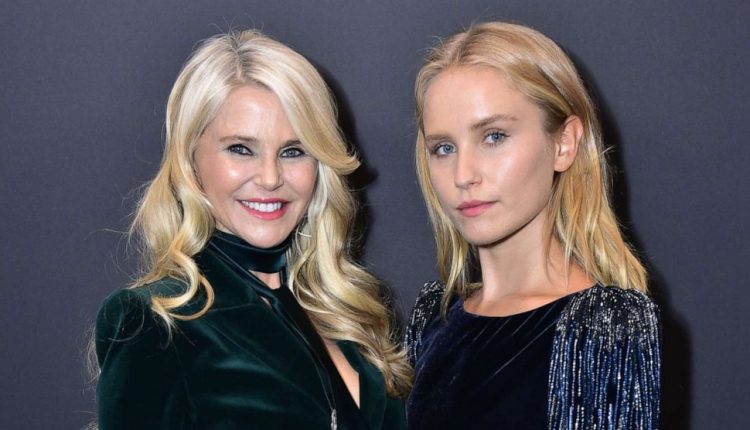 Abcnews“Dancing With the Stars” contestant Christie Brinkley broke her arm in rehearsals and will not be able to hit the dance floor this season.

In a statement, BBC Studios and ABC said, “Brinkley suffered injuries which required surgery to her wrist and arm,” keeping her from participating in the competition.

But Brinkley’s fans will still have someone to root for: her daughter.

Brinkley’s 21-year-old daughter, Sailor Brinkley-Cook, a Sports Illustrated model, has stepped in to take her mother’s place for the remainder of the season.

“Showbiz is all about getting a break, and Sailor and I both got one on ‘Dancing with the Stars’ this season,” Brinkley said in a statement, joking about her injury. “Sailor joined the cast when I got mine … ouch somebody stop me, it hurts to laugh!”

Brinkley-Cook has already hit the ground running with only hours to learn her mother’s entire dance routine.

“I’m doing this mostly for my mom! I just want to make her happy and make her proud,” she told “GMA.” “She loved doing this, she loves dancing and she loves performing and getting hurt was her worst nightmare.”

By joining the “Dancing” cast, Brinkley-Cook said she was excited to take on a new challenge.

“I felt this high of just attacking something I was so afraid of and it felt like something I need to do,” she said. “I think it will change me.”

She even fit perfectly into her mom’s performance outfit for the season premiere. Brinkley’s outfit did not need to be altered at all.