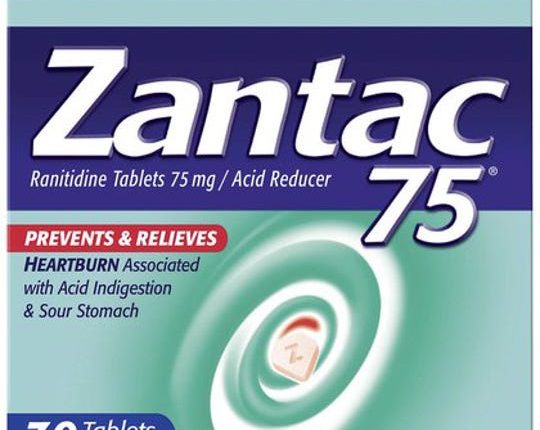 FDA finds probable carcinogen in Zantac and other heartburn drugs

UsatodayA probable carcinogen that prompted the recall of several versions of blood pressure-lowering pills has been detected in the heartburn drug Zantac and its generic versions, the Food and Drug Administration said Friday.

The FDA and European drug regulators are evaluating possible risk to millions of people who take ranitidine, an antacid and antihistamine used to block stomach acid. Preliminary testing found both brand name and generic versions of the heartburn and acid reflux drug contained a nitrosamine impurity called NDMA, or nitrosodimethylamine, the FDA and the European Medicines Agency reported Friday

The FDA has not called for Sanofi, which makes Zantac, or other generic manufacturers to recall any products from the market. Preliminary tests detected low levels of NDMA that equal or slightly exceed the amounts found in foods such as cured and grilled meats, said Janet Woodcock, director of the FDA’s Center for Drug Evaluation and Research.

The FDA does not recommend people stop taking the drug. However, the agency said people who want to discontinue prescriptions should talk to their doctor or pharmacist. Consumers who buy non-prescription versions can switch to other over-the-counter drugs; there are multiple drugs available for the same or similar uses, the FDA said.

The FDA announcement came after Connecticut-based Valisure, an online pharmacy and laboratory, tested both Zantac and generic versions, and all versions contained NDMA levels significantly higher than the FDA’s recommended daily limits. Valisure shared its results with the FDA, which obtained and tested samples of the drug.

“We got different results, much lower, but we found it did indeed contain NDMA,” Woodcock said.

Sanofi representatives issued a statement that said the company takes patient safety seriously and is committed to working with the FDA.

“Zantac OTC (over the counter) has been around for over a decade and meets all the specified safety requirements for use in the OTC market,” Sanofi said in the statement.