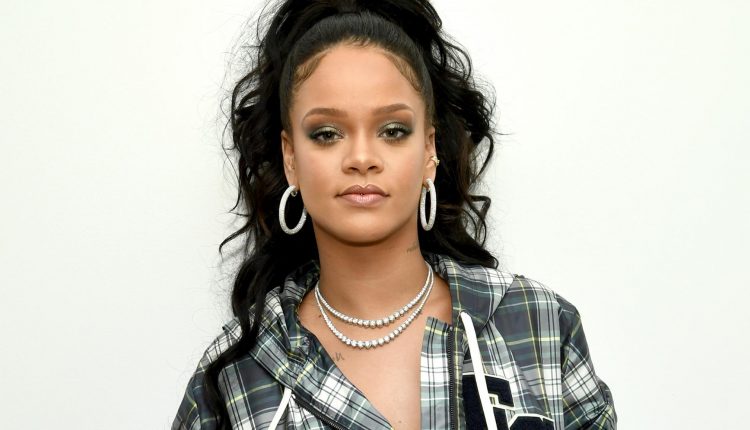 IS RIHANNA PREGNANT? TWITTER SAYS YES, AND SHE MAY BE DROPPING HINTS

NewsweekRihanna made a major splash at her fifth annual Diamond Ball Thursday—and it had nothing to do with her musical performance. During an interview with Essence, the 31-year-old pop star hinted that she might be pregnant, and her fans on Twitter took notice.

Pregnancy rumors began to swirl when the ANTI singer first appeared at the star-studded event clad in a figure-hugging, black and white Givenchy gown. During her performance, fans spotted what they thought was a “baby bump” underneath her dress and were quick to tweet their surprise and congratulations.

Rihanna holds the ball each year to benefit her Clara Lionel Foundation, an organization she created in 2012 to give back to underserved communities around the world through education and health advocacy.

“I mean I’m really happy right now,” Rihanna said Thursday in an interview with People. “The thing that’s making me the happiest tonight is seeing the amount of support, the magnitude of support is really special.”

At the event, Rihanna addressed her own music career focusing on her highly anticipated ninth studio album, which may be dropping in December, according to rumors.

“I still got an album to finish,” she told Entertainment Tonight when asked if she might be performing at this year’s Super Bowl Halftime Show. “You gonna ask me about Super Bowl? My fans about to have my neck.”

Rihanna—born Robyn Rihanna Fenty—is one of five black women to reach the top spot on the Billboard Hot 100 this decade, alongside Beyoncé, Lizzo, Janelle Monáe and Cardi B. She burst onto the music scene in 2006 with his single S.O.S., and is the winner of nine grammy awards.

The best Borderlands 3 builds for each class

The best Borderlands 3 builds for each class