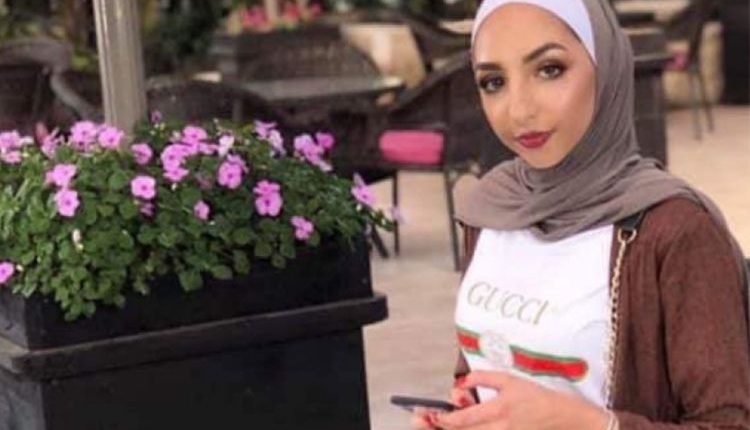 GulfnewsDubai: Unconfirmed reports of the possible murder of a young Palestinian woman by her family have hit the internet by storm.

Social media posts have alleged that Israa Ghrayeb, 21, died following beatings by her family members in a so-called “honour killing”.

What started it all?

Local media have published unconfirmed reports that she was killed by her family after posting a picture her fiance.

What was the family’s reaction?

Her brother, Ihab — a Canadian citizen — was reportedly angered by the video, believing it was a family dishonour to show herself with her betrothed together before a formal wedding ceremony takes place.

Local media reported Ghrayeb fell from the second floor of the family home while trying to escape family violence.

While in hospital awaiting a spinal cord operation, Ghrayeb, who worked as a makeup artist, stated on an Instagram story she had to cancel all August and September makeup appointments because of her bad state of health.

The family denies the claims and insists Ghrayeb, from Beit Sahour near Bethlehem in the southern West Bank, had a stroke.

“I’m strong and I have the will to live — if I didn’t have this willpower, I would have died yesterday,” she reportedly wrote.

While in hospital, Ghraybeb was allegedly attacked a second time. She later died.

Footage circulating online is purported to show the screaming of Ghrayeb as she is beaten by relatives in hospital shortly before she died.

“Israa was communicating with her friends during the time she was suffering,” Minerva Jaraysah, a women’s right activist and sociology lecturer at Bethlehem University, told media.

“All the material that was published on social media is an indicator that she was hurt and beaten to death by her family.”

How has the public reacted?

The death has caused anger in the occupied West Bank, with the hashtag “We are all Israa Ghrayeb” trending on Palestinian social media.

It has been a trending on Twitter as tens of thousands of people from all around the world, especially from the Arab world, tweet about it.

Meanwhile other Palestinian and Arab social media users vow to not stop protesting until she receives justice.

Dozens of Palestinian women protested for women’s rights Monday outside the office of prime minister Mohammed Shtayyeh, following the death of a 21-year-old woman in suspicious circumstances.

Police sources said they were investigating, without further details, and no autopsy results have been released.

The protesters chanted: “We want security and protection.”

Similar demonstrations were held Saturday near her hometown.

Shtayyeh responded Monday by announcing that a number of people had been called in for questioning, without saying if they were members of Ghrayeb’s family.

Ammar Dweik, director general of the Independent Commission for Human Rights, told AFP the details of the case remained unclear and demanded a full investigation.

Majeda al-Masri, a former Palestinian minister who took part in the demonstration, said she believed Ghrayeb had been killed.

“This demonstration is not only to hold the perpetrators accountable, but to demand that the government assume its responsibility to enact the family protection law.”

The law, drafted in 2004 and which is supposed to provide protection to women from domestic violence, has been under consideration by the Palestinian government for years.

The Women’s Centre for Legal Aid and Counselling, a Palestinian NGO documenting abuses in the West Bank and Gaza, said there were 23 cases of what it called femicide in 2018, and 18 so far in 2019.

The term is defined as the killing of women because they are females, though it can also include suicide in cases of bullying.

Last year, Palestinian president Mahmud Abbas repealed an article in the penal code that allowed alleged rapists to escape prosecution if they married their victims, according to Human Rights Watch.